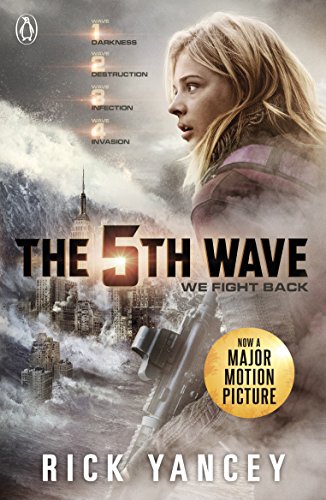 The Passage meets The Hunger Games in The 5th Wave - a gripping new series from Carnegie-shortlisted Rick Yancey.

Took out half a million people.

Put that number to shame.

You can't trust that people are still people.

AND THE 5th WAVE?

On a lonely stretch of highway, Cassie runs.

Runs from the beings that only look human, who have scattered Earth's last survivors.

To stay alone is to stay alive, until she meets Evan Walker. Beguiling and mysterious, Evan may be her only hope.

Now Cassie must choose: between trust and despair, between defiance and surrender, between life and death. To give up or to get up.

'The pace is relentless' Heat

'This is DAMN and WOW territory. Quite simply, one of the best books I've read in years.' Melissa Marr, New York Times bestselling author.

'An epic sci-fi adventure about a terrifying alien invasion. You'll read it in one sitting' Bookseller

'A gripping SF trilogy about an Earth decimated by an alien invasion... the question of what it means to be human is at the forefront' Publishers Weekly

'Borrow this one from your teen's nightstand while they're at school.' People Magazine

Rick Yancey is the author of several adult novels and the memoir Confessions of a Tax Collector. His first young-adult novel, The Extraordinary Adventures of Alfred Kropp, was a finalist for the Carnegie Medal. In 2010, his novel, The Monstrumologist, received Michael L. Printz Honor, and the sequel, The Curse of the Wendigo, was a finalist for the Los Angeles Times Book Prize.